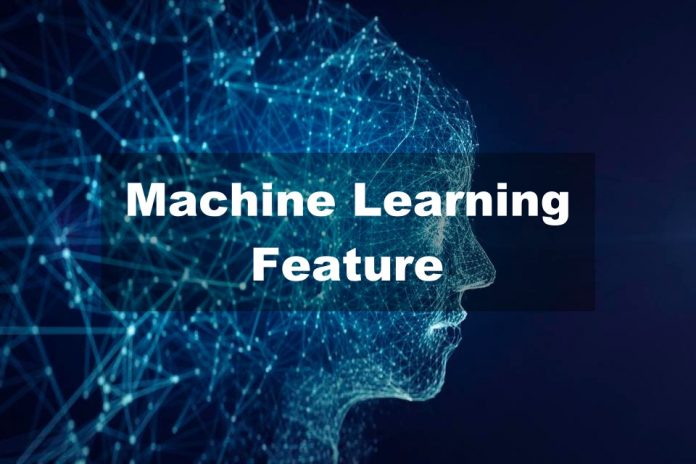 Have you ever felt that Machine Learning feature stores play an important part in data strategy but finding information about them on the internet is still challenging? However, knowing what feature stores are and why they are vital is critical, especially in today’s environment of rising data governance and machine learning models solving more and more business issues. Feature stores should, in fact, be an integral element of your company’s machine learning strategy. Machine learning (ML) models learn to generate predictions based on previous data. The data utilized by ML models may be viewed as a table in the overwhelming majority of use cases, with rows representing instances and columns representing characteristics defining those examples. Each sample has a feature that is used to describe it. The inference is the method through which machine learning models learn to provide predictions for new examples. Data scientists use feature engineering to perform modifications to raw data in order to build features that ML models can use. A feature is a meaningful statistic or property extracted from a single raw data point or a group of raw data points. The characteristics that are employed in a model are determined by the prediction that the model is attempting to make. If a model is trying to forecast fraudulent transactions, for example, important information may include whether the transaction took place in a foreign nation, if the purchase was greater than normal, or whether the purchase matches the customer’s regular spending patterns or not. These characteristics might be derived from information such as the transaction’s location, its value, the value of an average purchase, and the aggregated spending patterns of the user who made the purchase. In 2023, Machine learning feature storewill be a critical piece of technology for operationalizing AI. Despite the high-tech industry’s enthusiasm for feature stores, they are still missing from most legacy machine learning systems and are unfamiliar to many businesses.

What are Machine Learning Feature Stores and Why Are They Important for Data Science Scaling?

A Machine learning feature store is a tool that allows you to save frequently used features. Data scientists can contribute features to the feature store when they create features for a machine learning model. As a result, such functionalities can be reused. When new instances (e.g., app users, business customers, or product catalog items) are introduced, the previously generated characteristics are pre-computed so that they may be inferred. It is designed to make the input, tracking, and governance of data into machine learning models as easy as possible. Feature stores compute and store features, making them available for registration, discovery, usage, and sharing throughout an organization. A feature store ensures that features are constantly up to date for predictions and retains a consistent history of each feature’s values, allowing models to be trained and retrained. A Machine Learning feature store consists of the following items:

What Are the Benefits of Feature Stores for Productivity and Performance?

Machine Learning Feature Stores boost the productivity of data scientists and the effectiveness of machine learning models in an organization. Including them in a new  Data Science project often entails obtaining data, converting it into usable features, training, and finally implementing a model. Because features are difficult to communicate, several teams working in silos frequently replicate the same feature engineering effort. In many circumstances, features created by other data scientists or utilized in previous models may be reused in your next machine learning project. If the required features aren’t available yet, a data scientist can always add them, bolstering the Feature Store for future use by themselves and others. The usefulness of this iterative approach grows as it accelerates data research and makes model deployment easier. Models differ significantly amongst data silos due to a lack of a uniform mechanism to calculate features. In a retail store, for example, one team may compute “total customer income” by deducting returns from sales, whereas another team calculates it solely on the basis of sales. Both are legitimate metrics, but if they’re referred to as “total customer revenue,” they’ll be computed differently in separate data pipelines. The Machine Learning Feature Store’s single feature registry provides a central repository for features, where each feature is computed in a consistent manner, removing any potential for misinterpretation. Data scientists are hard to come by, and they aren’t cheap. You can develop more models in less time with your current personnel if you improve data science productivity by removing repetitive and needless labor. Feature stores improve model accuracy by bringing data freshness to a new level. Large aggregation-based features that can take hours to compute may be accessed instantaneously when needed by decoupling the data pipeline from the ML model. This provides access to feature values that would otherwise be unavailable to real-time models. Instead of being locked on yesterday’s data, models with access to real-time data can forecast more accurately based on what’s occurring in the world that day. Enterprise AI can now scale machine learning like never before thanks to feature stores. Not only do feature stores ensure that your models are as accurate as possible, but they also provide an organizational structure for your machine learning team, making their job easier and more enjoyable. With a Machine Learning feature store, you can get ahead of the competition.

Tips on Buying High Quality Furniture for Your Home or Office

Here are 6 tips on how to get more YouTube views...